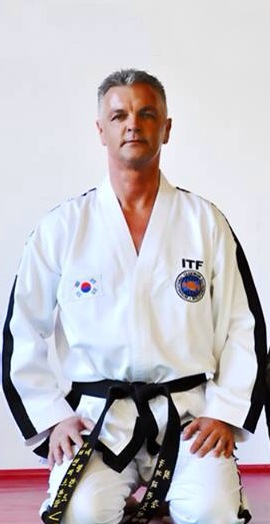 “GRANDMASTER SANDERS IS A MASTER WHO IS A WELKNOWN REPRESENTANT OF KOREAN MARTIAL ARTS. HE HAS STUDIED AND PRACTISED MARTIAL ARTS FOR OVER 45 YEARS”

Grandmaster Sanders managed and supported Taekwon-Do clubs all over the world, from Europe to Asia and from the US to Russia.

Grandmaster Sanders holds various positions in the International Martial Artsscene, such as;

The special relation Grandmaster Sanders had with General Choi made him change from a Taekwondo consumer to a Disseminator of the art. “ Nobody ever touched me the way General Choi did”.

Grandmaster Sanders is Director of the Dutch Security Company Security Professionals and has as such connected Martial Arts to his business life.

As instructor for various policesquads and armed forces in the world he showed his ability to perform realistic selfdefence of the highest possible level.

At the Taekwon-Do Hall of Fame inauguration in las vegas, Grandmaster Sanders was honoured because of his teaching according to this principle. Training can be hard where the technical part is concerned but the love and friendship, the will to teach, listen, help and be there for his students is the warm hand, always willing to help, also in real life situations.